Why weren't the Faroe Islands ever conquered by Britain?

Here are the Faroe Islands: 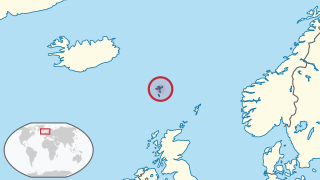 According to the history I read, they've always been under Denmark's control except in the middle of WWII.

Why weren't these ever conquered by Britain? They seem close enough, almost as close as the Shetland Islands (which have been Scottish and/or British since the 1300's).

Particularly after the Seven Years War (1762), when Britain's Navy was becoming hugely dominant, why weren't they taken? There was also the French Revolution, Gunboat War, and the War of the 6th Coalition, all of which saw Britain and Denmark-Norway on opposite sides.

From what I read, there was a trading monopoly on the Faroes, so there was at least economic incentive.

I might also ask the same thing about Iceland or Greenland for similar reasons.

Britain never saw a compelling reason to take them. On the other hand, the Faroes were strategic to Denmark, because of their supply route to Iceland and Greenland. So it was probably the fact that other countries wanted the islands much more.

The first settlers in the Faroe Islands were Celts and Norse. Henry I Sinclair, a Scottish nobleman, married into the Norwegian royal family and took over the islands. In the 1500s, Norway had to drive off British adventurers from the island. The island eventually had problems with pirates and merchant power struggles and maybe wasn't an attractive place for England to conquer.

After going into exile, Christian II offers the Faroes and Iceland to Henry VIII of England as collateral for a loan. Henry denies. Historians believe this saved the two countries from losing their languages, as it happened with the Norn language in Shetland and Orkney.

So England had a chance to take the islands- they simply weren't interested.

The Faroe Islands were associated with Norway and remained so even after the more southerly Shetlands and Orkneys were firmly established as part of Scotland. When Norway fell under Denmark, the Faroe Islands did as well. During the Napoleonic wars, Great Britain occupied Denmark to keep out the French. Denmark entered the war on Napoleon’s side and their Nordic rival, Sweden, then joined the anti-French coalition. Losers do lose and Denmark had to cede Norway to Sweden. The Faroe Islands were left behind with Denmark, as were Greenland and Iceland.

So even when Britain defeated Denmark, it didn't want the Faroes. Also, the UK occupied the islands during WW2.

Overall it seems like other people wanted the Faroes more than the UK did, and thus, it never took the islands for itself.

As for your question about Iceland and Greenland, it's a very good one. Greenland is expensive and irrational to colonise. Iceland was willing to put up with Norway exploiting it, perhaps in exchange for protection for its fishing industry against the British.